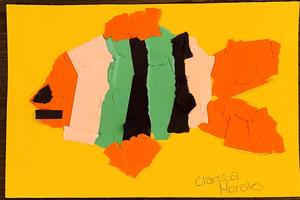 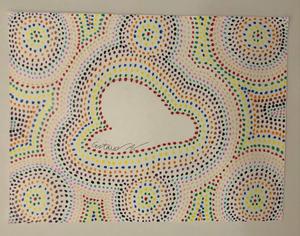 The virtual festival also included an arts competition, in which students shared artwork created during the activities using hashtags #lynwoodartsfestival and #wearelynwood. Two winners were selected from each school and received an Arts Festival T-shirt.

Previously recorded performances by the Music Center, P.S. Arts, Pacifico Dance Company and LUSD bands were the standout points of the day, such as Lynwood High School’s percussion class performance of “What We Have” by Louis Rosen – which brought to life a piece that was written during the pandemic and utilizes common household items.

“This event is an example of the power of the arts to heal and unite a community through the ability to capture the spirit and energy of our talented students,” Astorga-Almanza said. “I would like to thank the Arts Festival Committee and our sponsors for helping make our event possible.”

Fifth-graders from the District’s 12 elementary schools showcased dance skills learned through Conga Kids, delighting families as they performed the cha-cha, the Charleston, the rumba, the salsa and the samba de roda.

“This year’s Arts Festival was a showcase of Lynwood talent that entertained and inspired,” Crosthwaite said. “I’m proud of each student and staff member who participated in putting together an imaginative event that raised the standard of creativity for our District.”