LUSD Board of Education

About the Board of Education

The Lynwood Unified School District Board of Education is the governing body of the District, which acts during legally constituted meetings in which a quorum of the Board is required.

The Board is comprised of five locally elected public officials and derives its powers from the Constitution and Statutes of the State of California. The Board of Education represents the people of the District and functions as a vision-setting, policy-making and evaluating body. The Board provides oversight for the professionals who manage the day-to-day operations of the schools and has complete jurisdiction over the District.

Alfonso Morales, Esq. - President
Contact: [email protected]
Alfonso Morales Esq., was elected to the Board in 2005 and has a rich history in the city as a resident and advocate of student equity. Morales first moved to the city of Lynwood in 1982 and attended Washington Elementary, Hosler Middle School, and Lynwood High School where he graduated in 1997 with a perfect 4.0 GPA.  He attended Claremont McKenna College where he earned a B.A. in English and a legal sequence before attending the University of San Diego School of Law where he graduated in 2004. Morales’ exceptional work in law earned him the Order of the Barristers award as one of the school’s top 10 advocates. He later received the Thorsnes award recognizing him as the top advocate.  In addition, Morales received the Johnnie Cochran award from his peers, honoring him as the attorney they would want to represent them if they were ever in trouble. Morales returned to Lynwood in the summer of 2004 and began working for a medical malpractice firm before ultimately opening his own practice in immigration law in 2008.  He continues to serve in Lynwood, working to keep families together. Helping to remove barriers to success for students while preparing them for college and career is what drives Morales’ Board leadership. It is his goal to improve the quality of education in the District and give our students options.
Julian Del Real-Calleros - Vice President
Contact: [email protected]
Julian Del Real-Calleros was appointed to the Board in 2021. He was raised in Lynwood with his sisters by proud Mexican immigrants and attended Will Rogers Elementary, Abbott Elementary, Lynwood Middle School, and Lynwood High School before graduating from Vista High School in 2008. Del Real-Callero earned his Bachelor of Arts from the University of California, Davis, where he majored in English with an emphasis in Literature, Theory, and Criticism. While a UC Davis student, Julian joined the international law co-ed fraternity, Phi Alpha Delta, and served as its Community Service chair. During this time, he found a job as a high school tutor and discovered a passion for teaching. Julian returned to SoCal and worked for Volunteers of America Los Angeles while working on his teacher’s credential at CSU Dominguez Hills. He is currently a full-time teacher with Los Angeles Unified School District. As a member of the school board, Julian hopes to inspire young Lynwood students to pursue higher education. In addition to being a board member and full-time teacher, Julian is also involved with the Lynwood community as a planning commissioner and baseball coach with Lynwood Youth Baseball & Softball.
Gary Hardie, Jr. - Clerk
Contact: [email protected]
Gary Hardie, Jr., has served on the Board since 2014 when he was elected at the age of 26. He is a proud product of Lynwood in the culturally rich Southeast Los Angeles, with demographics consisting of predominantly African-Americans and Latinos, to which he credits his grit and resilience. After pursuing a degree in English at the University of Nevada Las Vegas, Hardie dedicated his life to building healthy individuals and leading by example, to further promote the broader vision of community building and goals of society. Hardie enjoys more than 15 years of experience working and volunteering in public, non-profit, and school settings that include management, public relations, marketing, and administration. Before joining the Social Justice Learning Institute as Director of Policy and Advocacy, Hardie worked as a Policy Advisor to a Member of the 115th and 116th Congress. Hardie has also served on several boards and commissions, including the City of Lynwood Personnel Commission, California Advancing Pathways for Students Joint-Powers Authority, as President of the California Association of Black School Educators, and on the California Student Opportunity and Access Program Advisory Committee. Hardie's vision to affect real change in his community has led him to launch The Village Project - in response to President Obama’s My Brother's Keeper initiative - to address the issues of equity and access for our most vulnerable student populations.

Alma Carina Castro, Ed.D. - Member
Contact: [email protected]
Dr. Alma Castro was elected to the Board in 2020 and has served as a K-12 educator in multiple capacities. Her dedicated career in public education includes stints as an English Language Development Teacher, English Learner Coordinator, Title III Instructional Coach, Professional Development Facilitator, and Administrator at the high school level overseeing the English Learner and Special Education Programs and Parent Engagement. She is currently serving as an adjunct professor for CSULB College of Education, supporting teacher preparation programs. Dr. Castro also teaches for the Los Angeles County Office of Education’s Teacher Intern Program. Dr. Castro is a National Board Certified teacher in English as a Second Language (ESL). She earned a B.A. in Sociology and an M.Ed. in Teacher Education from UCLA. She obtained an M.A. in School Administration from California State University, Dominguez Hills, and a doctorate degree in Educational Leadership from California State University, Long Beach. Dr. Castro has published work on the Seal of Biliteracy, and has presented research on biliteracy and multilingual education at local, national, and international conferences including: CABE, AERA, UCEA, and the Universidad Nacional de Costa Rica.
Gudiel R. Crosthwaite - Superintendent
Contact: [email protected]

Gudiel R. Crosthwaite, Ph.D., was appointed Lynwood Unified School District Superintendent in 2017 and has enjoyed more than 25 years in education, including teaching, mentoring, and leadership focused on removing educational barriers. Crosthwaite has been aligned with Lynwood Unified since 2010, when he became the director of elementary reform, supervising all K-8 school operations. He was promoted to deputy superintendent of educational services in 2013. Crosthwaite was instrumental in helping to develop a new strategic plan for the District, dismantling student tracking typically required for entrance into honors or AP courses, and raising student achievement to garner the highest API gains in the state two years in a row for a K-12 urban district with more than 7,000 students. Under his leadership, Lynwood High School graduation rates climbed more than 25 percentage points, and Firebaugh High School rose more than 23 percentage points. The District was named a 2017 AP District of the Year by the College Board for expanding access to AP courses while simultaneously improving AP exam performance. Lynwood Unified was one of only three Districts in the nation – and only one in California – to receive this distinction. Crosthwaite received a Bachelor’s Degree in sociology from UCLA; a Master’s Degree from the Harvard Graduate School of Education; his teaching credential a Master’s Degree in Educational Leadership from CSU Los Angeles, and a PHD in Educational Leadership from Claremont Graduate University. 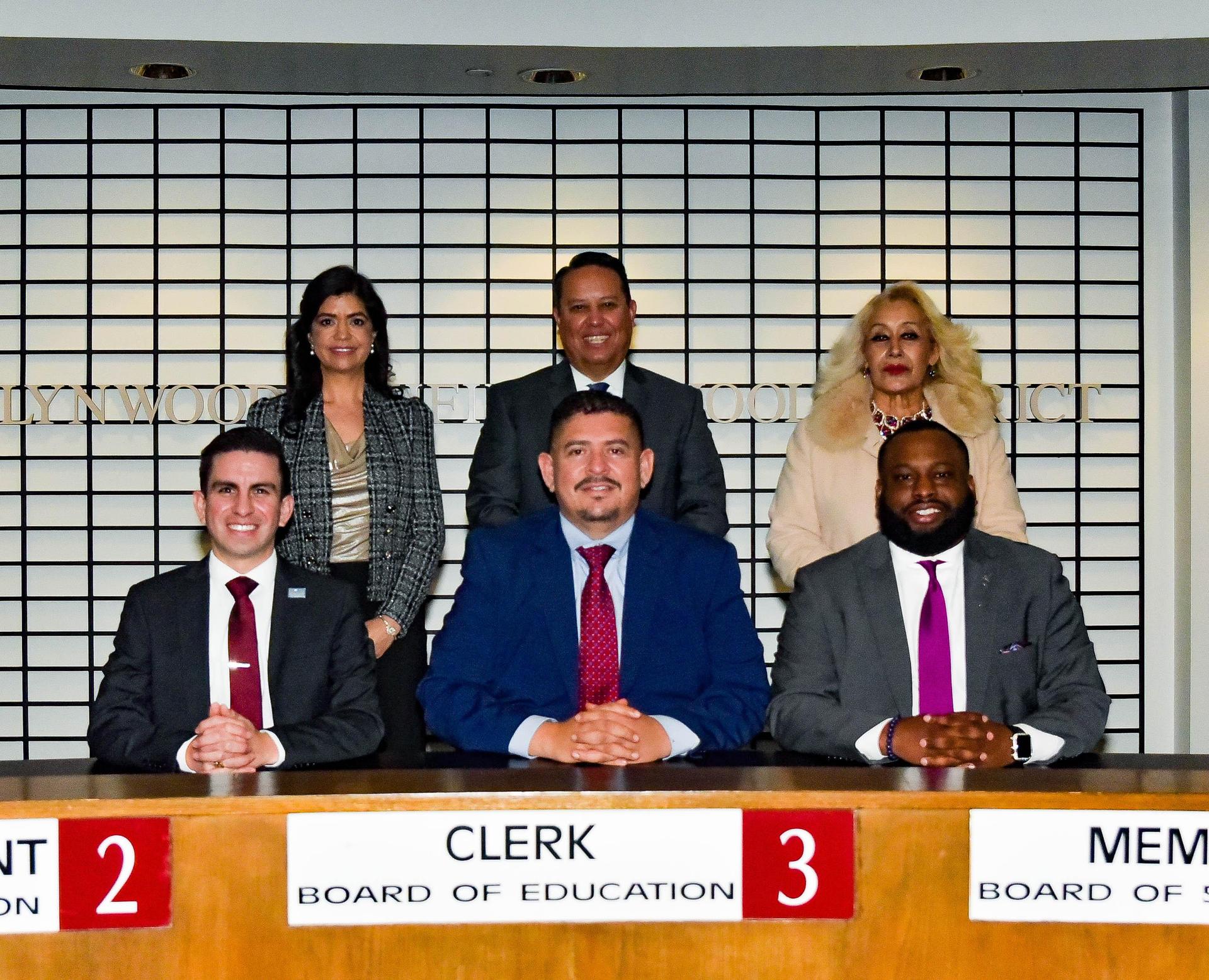